E-Therapy: The Good, the Bad, and the Ugly

E-Therapy: The Good, the Bad, and the Ugly

By now if you haven’t heard of Zoom, then you probably haven’t heard of the coronavirus. In that case, God bless you! Because Zoom has almost become synonymous with this era, its shareholders – like most media outlets – must be happy about the virus, since it has led them to the pinnacle, having grown from a valuation of $16 billion on its first publicly-traded day in April 2019, to a valuation of $129 billion by September 2020. In other words, a staggering 569% increase over the course of a year.

But I am not here to talk about Dow Jones, Nasdaq, and the Disciples who follow those closely, but rather how e-counseling became the standard form of therapy during the pandemic. The advantages are undeniable. No commute. Improved accessibility. Convenience. Generally, less expensive. But the disadvantages in my case are more concrete.

Some people may prefer opening up to a therapist on Zoom to avoid the social stigma attached with being “caught” in a therapist’s waiting room by the church lady who just happened to stop by. But for me, the complications are far greater than frozen screens, echoing, and dropped calls.

I have never felt comfortable talking to a person over my computer, especially with “Big Brother” now listening to us, and specifically because I am so paranoid, that even on medication, I believed I was being followed for five years and told no one. Think Jim Carey in The Truman Show (but Jim Carey was being followed). It is a frightening prospect to talk when every word is possibly being broadcast around the country. Trust in a therapist is key to success and living in a new town that was impossible without so much as a handshake. So, discussing my paranoia and other mental health problems to a stranger on a computer seemed terrifying.

I have never been comfortable with new technology. Last to get a cellphone. Last to buy a compact disc player. Last to still play compact discs, etc. Despite all the convenience of Zoom during the quarantine, so many of the mentally ill were already isolated enough that rise of e-therapy technology was not necessarily a viable solution. The fear of confessing our sins over a computer is not therapeutic. For me it is non-existent. To this day, I refuse Zoom therapy, but instead opt for phone time, which is better than looking at yourself while telling your darkest secrets.

But I do have to get my meds. So, I will take my phone call tomorrow with my nurse practitioner rather than look her in the eye. Sometimes I feel like I should just stand in front of a mirror and say, “Thank you, sir. May I have another.”

But then again, I cannot prescribe medication which is probably a good thing. 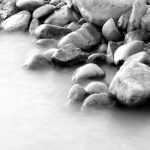 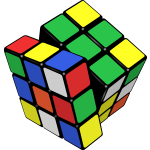